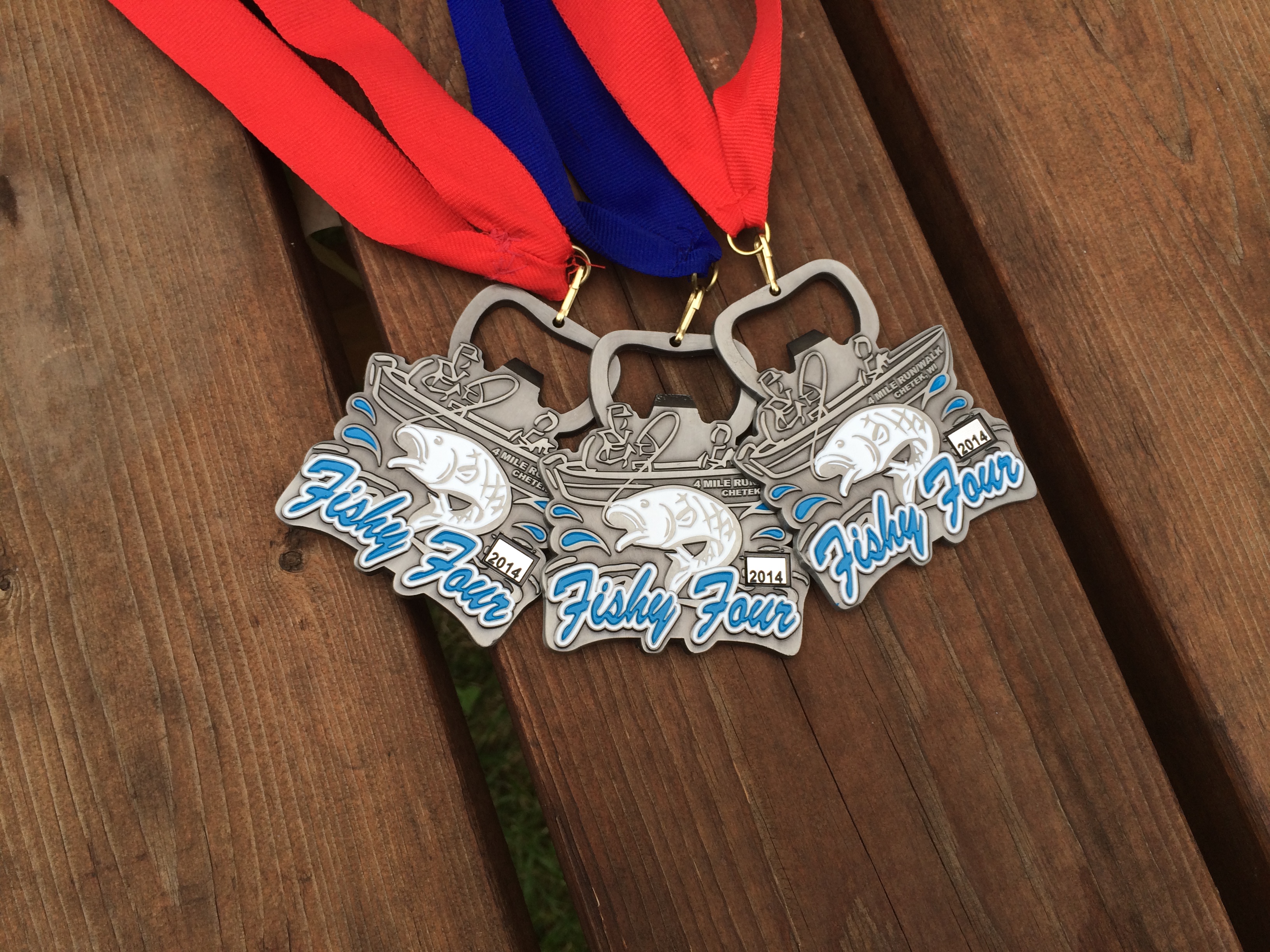 It’s been a while since I posted, but that’s for good reason…my kids are on summer vacation…and we’re busy. At the beginning of the month I ran my favorite race of the year.  The Chetek Fishy Four.  This is the race that catapulted my running/fitness interest.  My two oldest (Aspen age 7 and Annica age 6) decided to join in the fun.  What,.. kids running four miles for fun?  Sounds crazy?!! It’s not!! By the way, if you do it, they will do it.

The secret is to make it fun.  Aspen ran it last year and loved it. Annica decided to join in this year too.  In the nine and under division Annica (six years old) brought home the first place medal and Aspen was right behind her.  I’m proud of both these kids for running hard and enjoying the run.  Annica is more like her dad.  She likes running at a nice even pace so she can talk but keep moving. Right after I finished my race I ran back to see how they were doing and was a little surprised to see Annica running in a group of older runners by herself.

She said she tried staying back with her older cousin but decided to run on ahead.  I ran with her across the finish.  Aspen is a sprinter.  She runs all out to the next tree and then needs to catch her breath. She ran the whole race with JoAnna. These two little girls rocked my world on fourth of July weekend!! By the way…Dad ran four miles at a new PR 24mins 12secs.  Good enough for seventh overall.  Check out the sweet bottle opener medals we claimed.  Annica’s is the one in the middle.  Aspen and I were both second in our respective age groups. Pretty cool watching their names being called as they went up

to claim their medals in front of the large crowd…a good Dad moment.